This was one of the emails that was sent out with the initial batch of emails released from Palin's time as Governor.

This always struck me as odd. On April 13,2008, Chuck Stack wishes Sarah Palin 'Good Luck' with her 'delivery', like a package, and then immediately expresses his hope that she will become 'Vice President Palin'.

This is before she is picked to run as Vice President. I doubt she was even on McCain's short list at this point.

I don't know who Chuck Stack is, but is sure is a coincidence that he put 'delivery' and 'Vice President' together with that sentence.

Things that make you go, 'hummmm'. 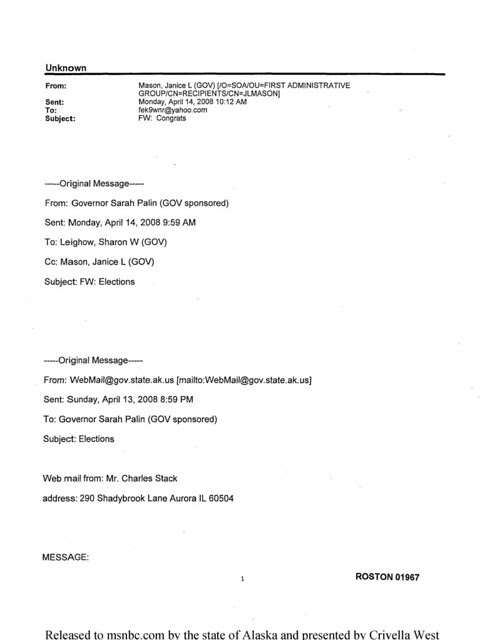 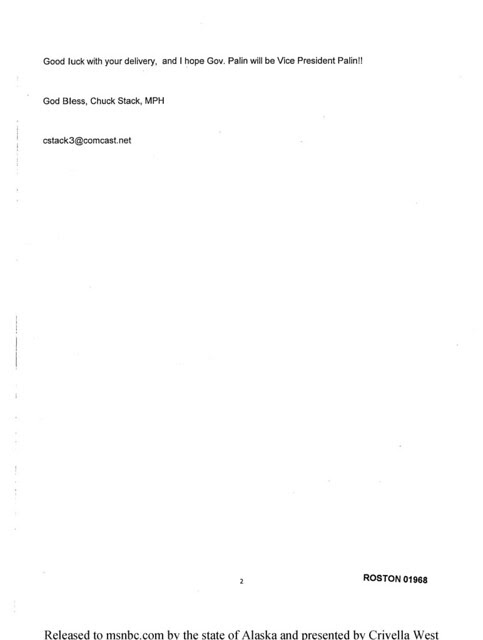